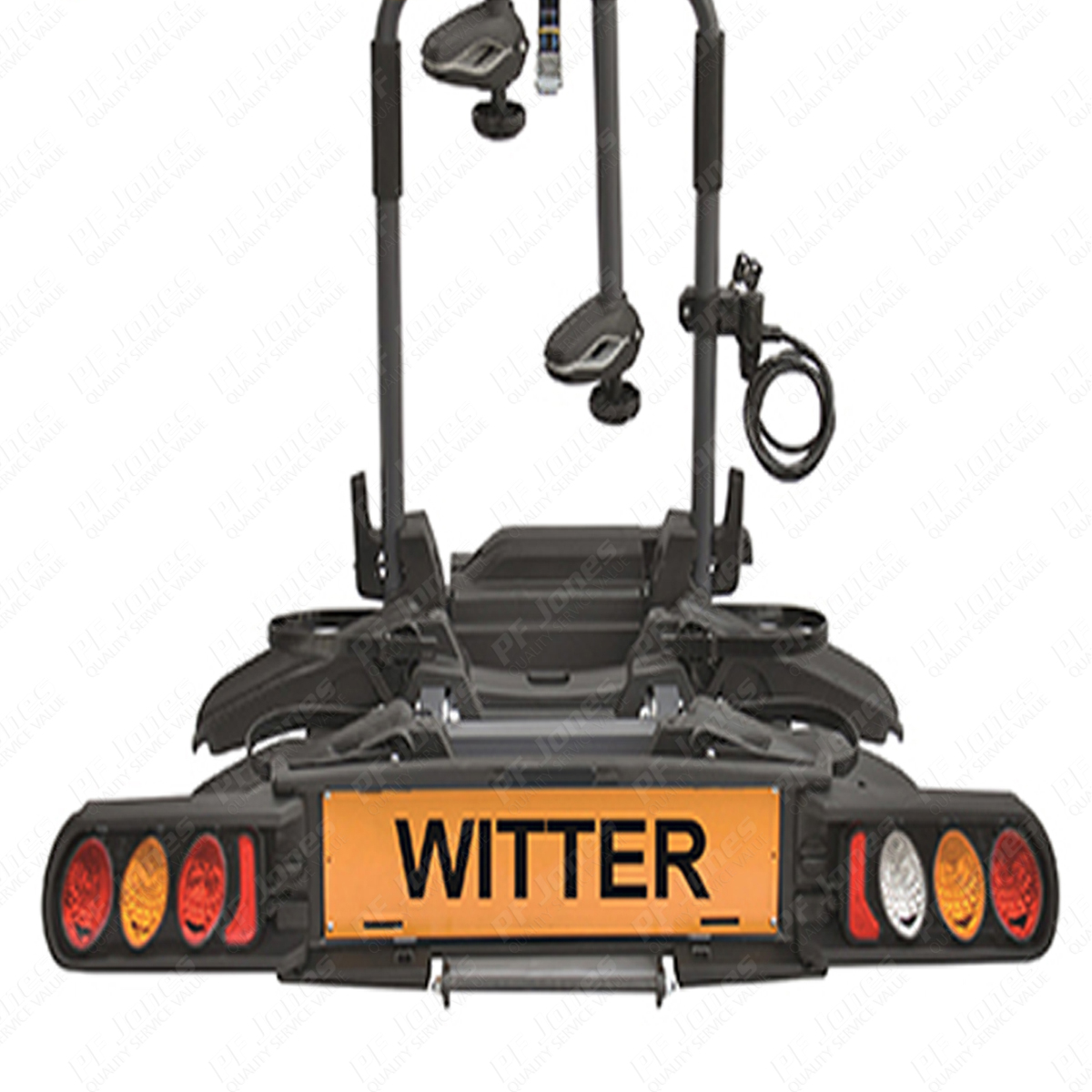 Start your adventure off right with the New Pure Instinct platform style cycle carrier from Witter, created with you in mind.
The carrier takes up to two cycles and clamps to a UK towball using a lockable clamp-down lever. The platform will fold down allowing easy access to the car luggage compartment and for convenient storage the rails and lights fold down.
Tilts forward for easy access to boot, even with the bikes loaded, using a simple foot pedal.
A fixed cable style lock wraps around the bikes and the carrier for extra security and peace of mind.
Scratch resistant powder coating in a stylish charcoal grey colour.
Secure grab arms for all bikes can easily be upgraded to lockable handles.
Complete with rear light board and 13-pin plug (adaptor to 7pin available separately).
So, whether you're on a family day out or a grand tour, this carrier is a great addition to your kit list.

Seemed a bit complicated to assemble at first but was actually quite straight forward. Fits very firmly on the tow bar and has excess strength - I stood on it and it easily took my weight which is quite a bit over the 60kg recommended!
Slightly disappointed it only came with 2 extenders instead of 4 as we have quite large electric bikes, however using one on each carrier seems to have worked quite well. The top arms are very accommodating and we didn't need to purchase a top horizontal bar for my wife's step-through bike. The wheel anchor straps work well, although the outer bike would have benefited from having them mounted the other way round which would have been more accessible when fastening and unfastening. However all is held reassuringly firm in transit.
The security chain provided is a ridiculous waste of time as the whole thing can be removed at the push of a button, can't believe anyone would design in such a ridiculous flaw! Far better to have provided the lockable handles than waste time on this. Fortunately they are available as an extra and I will be ordering these.
Overall though at the price I bought it from PF Jones Ltd - which was the best price out there
by quite some way, I think it is a great product. We have done about 200 miles with 50Kg of bikes on it and no problems so far.
Nick Poole 08/10/2019, 19:51
This is not a good carrier .The platform is too short ,the top tube clamp is inferior to the ratchet tightening systems and most importantly the tyre fixings are not ratchetable and feel very insecure so that the bike is not held securely .The bike is also not locked in place by the system .Finally is looks very much like the poor relation to the Thule or Atera’s . Try your bike on it before buying if possible and look at the others .very disappointed with with Witter build quality
Andrew Shaw 10/08/2019, 22:22
Very strong cycle carrier for e bikes,nice item.
Steven worth 09/07/2019, 21:48
Write a review